Study: Pregnancy stress can affect up to 4 generations 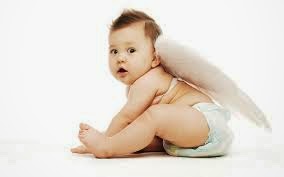 Below are data referring to the enormous impact that stress during pregnancy can have on children.
As a child, I myself have experienced and healed such situation and also confronted it in healing others, so I'm writing to confirm the truth of this.
<
including cognitive deficiencies, respiratory problems, digestive problems, and visual impairments. A new study has shown that stress during pregnancy doesn’t only shorten that particular pregnancy; it can affect the next four generations. The research was led by Gerlinde Metz of the University of Lethbridge, and the results were published in BMC Medicine. The study examined the effects of stress in pregnant rats, because normal, healthy rats have pregnancies that run pretty much like clockwork, with very little variation between individuals. The first generation of pregnant rats (F0) were subjected to stressful conditions during the late stages of pregnancy. Those daughters (F1 generation) were divided into two groups, and were either stressed or not stressed during their own pregnancies. This process was repeated for the following F2 generation.

The members of the F3 generation who had both mothers and grandmothers who had experienced stressful pregnancies had decreased pregnancy lengths and higher glucose levels, and ultimately weighed less than controls. However, F3 rats whose mothers had not been stressed, but their grandmothers had, also had shorter pregnancies.
"We show that stress across generations becomes powerful enough to shorten pregnancy length in rats and induce hallmark features of human preterm birth,” Metz said in a press release. “A surprising finding was that mild to moderate stress during pregnancy had a compounding effect across generations. Thus, the effects of stress grew larger with each generation.”
These results build on previous research that explores how stress can affect how genes are expressed. Metz and her team indicated that a noncoding RNA molecule that regulates expression called microRNA is the culprit for this multi-generational reproductive distress. However, they have not yet identified the mechanism that could affect microRNA in that manner or how it may extend to humans.
"Preterm births can be caused by many factors, in our study we provide new insights into how stress in our mothers, grandmothers and beyond could influence our risk for pregnancy and childbirth complications,” Metz continued.
“The findings have implications outside of pregnancy, in that they suggest that the causes of many complex diseases could be rooted in the experiences of our ancestors. When we better understand the mechanisms of inherited epigenetic signatures, we can predict disease risk and potentially reduce the future risk of illness.”>>

Should you know this situation as a child or as a mother, the good news is it can be healed through holistic therapy in a few simple steps. One can "undo" the effects of every thought or situation he/she has encountered, when that thought/situation is reviwed and understood.
Source: http://www.iflscience.com/health-and-medicine/study-indicates-pregnancy-stress-can-affect-four-generations

Find out more on stress-releasing techniques,here .