The power of Theta and Delta waves - Experiments 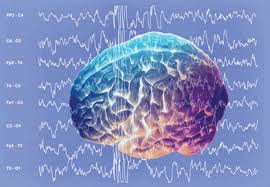 "Experimental evidence of the existence of a fourth state of unified, transcendental consciousness,  at the transition between sensory and sleep consciousness, was first recorded at the Menninger Foundation in Kansas, United States in 1971.[6] Under the direction of Dr. Elmer Green, researchers used anelectroencephalograph to record the brainwave activity of an Indian yogi, Swami Rama, while he progressively relaxed his entire physical, mental and emotional structure through the practice of meditation.


What they recorded was a revelation to the scientific community.[citation needed] The swami demonstrated the capacity to enter the various states of consciousness at will, as evidenced by remarkable changes in the electrical activity of his brain. Upon relaxing himself in the laboratory, he first entered the yoga nidra state, producing 70% alpha wave discharge for a predetermined 5 minute period, simply by imagining an empty blue sky with occasional drifting clouds.[citation needed]
Next, Swami Rama entered a state of dreaming sleep which was accompanied by slower theta waves for 75% of the subsequent 5 minute test period.[citation needed] This state, which he later described as being "noisy and unpleasant", was attained by "stilling the conscious mind and bringing forth the subconscious". In this state he had the internal experience of desires, ambitions, memories and past images in archetypal form rising sequentially from the subconscious and unconscious with a rush, each archetype occupying his whole awareness.[citation needed]
Finally, the swami entered the state of (usually unconscious) deep sleep, as verified by the emergence of the characteristic pattern of slow rhythm delta waves. However, he remained perfectly aware throughout the entire experimental period.[citation needed] He later recalled the various events which had occurred in the laboratory during the experiment, including all the questions that one of the scientists had asked him during the period of deep delta wave sleep, while his body lay snoring quietly.[citation needed]
Such remarkable mastery over the fluctuating patterns of consciousness had not previously been demonstrated under strict laboratory conditions.[citation needed] The capacity to remain consciously aware while producing delta waves and experiencing deep sleep is one of the indications of the third state (prajna) out of the total of four states of consciousness described in the Mandukya Upanishad.[citation needed] This is the ultimate state of yoga nidra in which there are no dreams, but only the deep sleep state with retained consciousness/awareness. The result is a single, semi-enlightened state of consciousness and a perfectly integrated and relaxed personality."
Source: https://en.wikipedia.org/wiki/Yoga_nidra