Do you take time to appreciate your child? 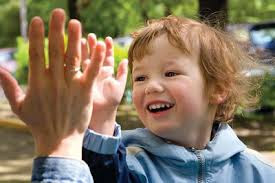 Just came back from The Embassy of Peace after a long and powerful training with one of the most beautiful group of people I've ever encountered.
As I sit in meditation, one insight comes back to me over a over again: I know every parent loves his child to some degree, a child is naturally stirring love in another's heart and especially in his parents...but, on the other hand, do you really feel you appreciate him? Because, you see, appreciation has a totally different vibration than love and it triggers totally different energy centers: meanwhile love heals and enhances the heart, appreciation heals self confidence and the confidence of those you appreciate, triggering a circuit of love between the those involved.
I've seen in my journeys beautiful families, wonderful mothers of amazing children, their hearts opened an their eyes shining with beautiful love, yet, when it came to appreciation, it still felt like mothers wanted more from their children, as if, them being there, healthy, breathing and loving, wasn't enough for them, almost like an ego's race towards achievements, they would still ask more from their children, still being discontented, no matter how great they were. Almost like an unconscious permanent demanding, constantly imposing on them to strive for more, meanwhile to my eyes their greatness was so obvious...

And, though I understand and feel a mother's concern with her child's development, yet I ask, from heart to heart: when was it the last time you really took the time to feel appreciation for your child?
Did you find his coming into this world a gift to you?
Have you taken the time to give thanks an rejoice when you found out you were going to be a mother, or was that a scary thought to you, sending rejection vibrations to your child?
Then, after his birth, when maybe times were tough and maybe the "mother job" was pretty new to you, did you find the gifts and blessings of it, or maybe felt resentful and frustrated during you child's early infancy?
And, as he grew up, becoming an adolescent or a student, have you noticed and acknowledged his talents and his gifts, being grateful for what he brings forth to this world, or maybe tried to direct him on only the path you thought right for him, ignoring his heart's call and preferences?
Am asking because I see many parents, in their desire to see their children "make a future", forcing or persuading them on a path that they think is "right", with no regard to their children's abilities or preferences, which later leas to poor health and frustration due to an inappropriate career...And while I know their intentions are good an their hearts are pure, doing the best they can with the best they know, I still ask, open-heartedly: did you really take the time to appreciate and acknowledge, and , of course, support, your children's talents and inclinations? Did you take the time to share your appreciation with them an encouraged any little sparkle of their talent as it maybe manifests in their daily games or maybe bigger actions?
And, if not, what would it mean to you and your child, and  how much love do you think it would add, plus gifts to your relationship?
I'm just sayin'...
Plus, another layer to this, maybe deeper:
I've once discovered a simple powerful way of healing the self-confidence matters and the mother - child relationships with a simple exercise of healing the fetal stage, that I often offer in the Soul Healing sessions. Every time I do or even think of that exercise, I've noticed men gathering around me, as I was in the workshop room during a training, or in a gathering, or even by the pool. This triggered a great awareness that maybe men are nowadays even more affected by the lack of affection or conscious appreciation that their mothers or, later on, other feminine representatives, display in their lives. To all that, we add the constant  "walling" and "shielding" that people tend to display around their hearts, leading to misleading messages to those around them...
So, this being said, could we take the time to dive more into this appreciation feeling and really love the children for what their are, instead of loving them for what they do, and really sharing appreciation for and supporting their beingness as it is, without goals or targets, without pressure or conditions?
Just pure love?