Breast-feeding - A key to child's immunity and health 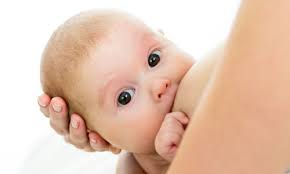 "To produce breast milk, mothers melt their own body fat. Are you with me? We literally dissolve parts of ourselves, starting with gluteal-femoral fat, aka our butts, and turn it into liquid to feed our babies.
Before and after giving birth to my daughter 10 months ago, I was inundated with urgent directives from well-meaning, very insistent health practitioners, parenting book authors, mommy bloggers, journalists, and opinionated strangers that "breast is best." The message was clear: In order to be a good mom, I had to breast-feed.
But breast-feeding is more than being a good mom. And breast milk is much more than food: It's potent medicine and, simultaneously, a powerful medium of communication between mothers and their babies. It's astonishing. And it should be—the recipe for mother's milk is one that female bodies have been developing for 300 million years.