How to commune with the departed ones 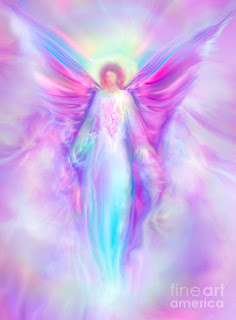 Exactly 22 years ago, as I was 11, my grandfather died. We found out he had cancer and a few months after he was operated, he left this world and he left me (or so I thought).

He was like my father, friend, travel buddy and we shared a love that was beyond  time, gender or family roles. I was the only one who melted hid heart, as he used to be a big, tough man but with a soft, tender soul, well hidden.

As he passed away, while holding his candle for light, I was aware of his soul passing by the corners of the room, then out and in again. I was conscious. And I knew that even though he was not in his body, he was there. Right then, I did not feel pain, I was conscious and numb as I always am when something happens that is beyond my control. I just knew he was going somewhere else.
A while after, maybe years after, the pain came in. I don't know if it was mine, or if it was borrowed from my family, but it was tremendous...Every time I would hear a childhood song or his voice on a tape, I was in shock, literally, I couldn't breathe and my tears ran out immediately.
As my heart didn't know how to stop loving or longing, it was too much...I sometimes would dream of him, most of the times he would appear as ill in my dreams, as my subconscious was trying to get the trauma out and resolve it. He was not ill in reality, he was a happy soul who has traveled beyond the physical dimension, but I would wake up in tears with the same powerful pain which seemed to come from the depths of my soul.
I would still perceive the event as a loss. Along time, I have developed defense mechanisms: not getting too deeply involved in relationships (even though I had long, "serious", ones I was not fully there and I would always hold a shield); not going to funerals, not taking death seriously, mocking it as it was unreal (and so it was, but I was defensive...).
After looking into the spiritual side of it, as I grew older, I found out that there were bonds and ties that are formed between a departed soul and one that remained on Earth. It seemed familiar to me so I started working on severing those ties. I also learned that the souls of our dear ones are sometimes staying close, paying the role of our guardians, like some extra guardian angels. I admit I always had that feeling about my grandfather, even when he was alive.
After that, I started dreaming of him in positive, happy sceneries, and he would also send me love and hugs that seemed almost real in the physical plane. And even more, I learned that there were angels that can help us communicate with our departed ones, or lead them to more light, if we ask and pray, and so I did.

After all these new approaches, my relationship with my grandfather became really wonderful, and, as strange as it might seem, I was even happy that he now can see "the bigger picture", or a higher perspective on things.
I trusted his presence and I also trusted he was happy as a soul, the way he is now. He didn't seem to have had enjoyed life on Earth to the fullest anyway...

To keep it short, there are ways to overcome such a trauma and even communicate with our dear ones who have left Earth. Soul Healing is one of them.
Death is merely but a passage and if we weren't so attached to this physical appearance, or if we were more aware of our non-physical ways of communication, the departure of our dear ones would/could also be a means of celebration, like they're ready to experience now stages in new worlds, like visiting new places...
If only I knew all that when I was a child...


24 years from then, I have helped hundreds of people overcome a loss and recover after the departure of a dear one - family member,lover, friend. The Soul Healing Therapy that I practice has helped me see how fine the boundaries between the planes are and how easy we can connect to and contact our dear ones (or stay open to hear their messages, as they often act like angels for us).
Now, with the intention to help my first meditation teacher who has lost her father, I have recorded this MEDITATION TO COMMUNE WITH THE DEPARTED ONES - which helps you relax, calm your mind ad release the grief and suffering, as fell as the bonds and ties that keep you in a mourning state, also affecting the energy of the departed one. This meditation is created to set you both free so that only love and harmonious communication stays between you, so that you never feel separated again.

Access the
MEDITATION TO COMMUNE WITH THE DEPARTED ONES by making a donation and your download link will be sent to you via email:


Contact us at eurynome999@gmail.com for any questions or insights.